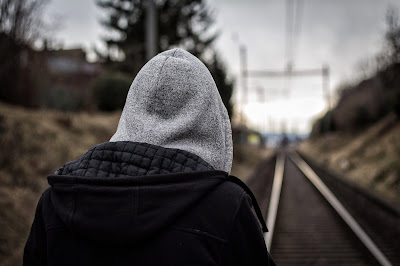 I got really mad today… Really, really mad. My husband told me something that made me want to crawl through the phone line and unleash all 120 lbs of my pent up fury on the object of my wrath (Have no fear. It wasn't Keith).

Someone insulted my husband. A young man about my son’s age. Keith was out of town at a reunion of sorts and he was introduced to an old acquaintance's son. Granted the kid had been drinking, but when Keith was introduced to him, the young man looked Keith right in the eye and called him a (insert the most vulgar phrase you can think of right here). It was totally unprovoked, disrespectful and foul. Keith was understandably shocked, insulted, and then had to call on the Lord to keep from clocking the guy. Thankfully the spirit-man prevailed over the flesh and my husband restrained himself. He uttered not one word to this young man.

My husband served for 20 years in the United States Navy, he’s a skilled marksman and he’s got six pack abs. But even though Keith has strength and skill, Keith’s identity is in Christ first. He’s a man of God first. He’s a preacher, he’s a prophet, he’s an evangelist and he’s anointed. (Also he’s returning to that same town in two weeks to preach at a revival meeting so I don’t think it would have looked too great had he gotten arrested for brawling.)

On a side note, I believe this was a direct assault from the enemy to provoke, to tempt and to discredit him. I am so thankful he didn’t fall for it. Too much is at stake. So please keep him and those involved with Warrior's Call in prayer, as they come in two weeks to build up the body of Christ and to share Jesus in Ruston.

But despite the motivation behind this provocation, I was mad. I thought of Elisha in the Bible, the prophet of the Most High God who as he was walking along, the youths of the town came out and taunted him, calling him ‘bald head’ (which is much better than what Keith was called, trust me!). And how the Lord took this disrespect of His chosen man of God very seriously and had bears come out of the woods to maul them. In my mind, I picture Elisha just whistling on down that path with a skip in his step and a smirk on his face as the bears made short work of those punks. Yep. Where are bears when you need them? My husband is a man of God. Did that dude even know who he was talking to? No, obviously not. Neither did they with Elisha. Nor with Jesus. (And okay- I know Elisha probably didn’t whistle, smirk or skip. But I certainly wouldn't have blamed him if he had).

As I thought about the shame of this youth cursing his elder- a US military veteran, an anointed man of God and MY husband, I turned on the IHOP prayer room. My son Max sings in the night watch and unless I’m up really late, I usually watch his sets in the Archives the next day. I had a headache but I am a dutiful Momma and so I watched. If any of you are familiar with the prayer room you know that at certain times during each two hour worship set, they switch gears from the worship and pray for specific things. I was basically watching just to hear my son sing and to catch a glimpse of him (since he lives 14 hours away). I wasn’t really worshipping along or praying. I was just observing. But as I sat there, still seething in offense and judgment against this ‘youth’ who’d cursed my beloved, I heard my own son sing these words under the influence of the Holy Spirit (I transcribed them)

So I talk to the Lord-Oh God, who am I to look down and write off any of Your creation, the ones YOU died for. I’m so glad that You aren’t like me. So quick to judge and condemn. So quick to determine who has value and who doesn’t. They all have value to You God. To You Jesus, that young man was worth the price You paid on the cross. You said, “forgive them Father for they don’t know what they do”. They didn’t know what they were doing Jesus. And neither does he. So I repent right here and cry out for his soul.

So God gently corrected me and showed me His heart and His purpose for this young man who is so bound by the evil one, through my son’s song. He was created for love. He was made to see the Holy. He was meant to spend eternity with Jesus. And right now he is swiftly headed towards an eternity without Him. To an eternity of darkness, pain and torment. But for the grace of God, this kid could have been my own son. So now I will pray that God’s dream for him will come to pass. That this young man will turn his eyes from the worthless things and he will see the treasure that is in Jesus. That he will get a glimpse of eternity. Thank You Jesus! You amaze me!!!
God bless! Kayla

By the way- the thing I dreaded about writing this new post is the fear that nobody will read my previous post. So I ask, if you haven't already, please read my prayer request for our friend Sean and bring him and his family before the Lord. Thanks so much!
Posted by worshiping warriors at 10:51 PM