The Rules of Worth 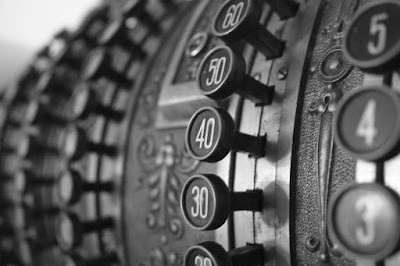 Today I had a text conversation with someone about counting the cost for some future decision they were going to be making. On the one hand was a public platform, recognition and notoriety. On the other hand was equipping, discipleship and accountability. In this particular situation, both couldn’t co-exist. A choice had to be made. This person knows how God is leading them. It’s been confirmed many times. Actually, they’ve already made their choice against the platform because despite the recognition they would get, they know God is saying no for now and they want God’s will for their life above all. Yet still, they are grieving at what will be lost. But their grieving is healthy and wise. There WILL be loss. And they are looking it square in the face today and saying goodbye to it. So there is some sadness….right now.

I do understand because I am familiar with this basic human struggle. Every one of us is. We’ve all struggled with the desire for recognition and to be viewed as a success. From the day we take our first breath on this planet the indoctrination begins. The rules are learned early and they are simple: Those with special abilities, with the most toys or with the best looks are recognized as the winners. Our childhood stories validate these 'truths'. Rudolph-the-red-nosed-reindeer was a winner only when his ugly nose saved Christmas. Poor funny-looking Dumbo was a winner only when he learned to fly. The Little Princess was considered a winner only when it was discovered she was rich. And of course (we are told) everyone wants to be a winner. Nobody wants to be a loser. So what is the prize we seek to win? Worth, value, significance, approval. We compete for these from day one whether we realize it or not. As we grow older the rules become more complex, but at its core they remain the same. And sadly, many of us waste our allotted time on this earth, trying to win at this impossible game.

I have found in writing this blog that I often have a recurring theme I will write about. This is one of them. I have often struggled with my significance and value. I have been measured or more often I have measured myself and been found wanting. I talked about this in an earlier blog post: http://kayla-worshippingwarrior.blogspot.com/2008/01/whose-measuring-stick.html.

Like most of the blog posts I write, this one is the result of a hodgepodge of thoughts, readings and conversations on a similar theme I’ve had lately. That seems to be how the Lord often gets my attention. But today I read the blog of a dear couple who are in Serbia at this very moment, adopting their long awaited, longed-for child. They have saved and have waited and have prayed for this child for over a year. This precious little boy they are adopting has Down’s Syndrome. They could care less. They love him. They desire to release him out of the loveless orphanage he’s been in for all of his two short years and to bring him home. They have crossed the oceans at great expense to redeem him. Despite his physical limitations, they are so proud of him. His dad said today on his blog that through meeting his son he had a better understanding of the Father’s heart. He hasn’t been focused on “where his son should be” as compared to other two-year olds but rather he has been thinking all day about his son’s progress and what he CAN do. He said that likewise our Father God does not focus on our weaknesses but He celebrates our successes. Wow!

I think most of us need to go through a type of spiritual detox of our soul from this world’s perspective that bombards us at every turn from the day we are born until the day we die. Our spirit was made perfect at salvation but our soul gets worked on the rest of our lives. And it doesn’t help that these worldly rules of worth have often permeated the church as well. We must be discerning at all times.

But the church in the New Testament didn’t teach a value-system influenced by Western Christian culture. They taught the cross and the love that put Jesus there. They didn’t teach a seeker-friendly, prosperity-goaled message. They taught that Jesus is returning soon and we are to be about His business, evangelising the lost, equipping the saints, dying to self, building and forcefully advancing His Kingdom.

This my friend is true value. And a life devoted to Him is true success. He doesn't have unfair rules or play games with us that we can't win. He values us... just because. We may never fully understand it. But it was enough to send His precious holy beloved Son to the cross for us. And His measurement of our worth cannot be disputed. There is no greater approval. There is no higher authority. What He declares as valuable is valuable. After all, He is God. :)

So Father, please show us Your view of worth. Show us what is precious to You. Show us what we admire, pursue and value that are wood, hay and stubble to You. May we know and spend our life on what is eternal. Reveal to us where we have agreed with the world and even sometimes attributed it to You. Open our eyes and touch our hearts and may we know, not just in our heads, but in the core of our being, Your great love. And may we seek our worth in no other source but You. Amen

Posted by worshiping warriors at 11:28 PM