I Can Only Imagine... 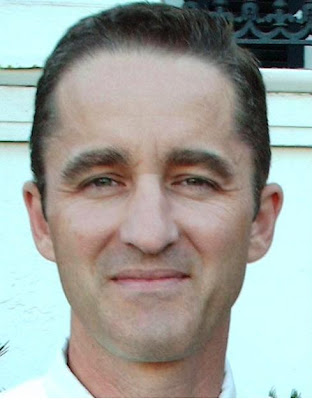 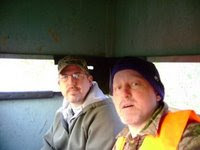 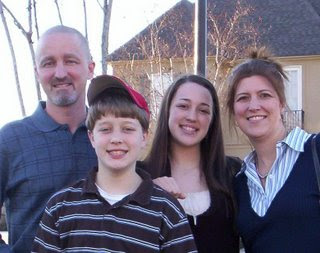 
This past Thursday morning, September 13th, our precious friend and brother George Waites, who battled pancreatic cancer for almost two years, in his own bed at home with his family, stepped into eternity.

It's amazing to think that the Jesus we sing about and we live for, that George is actually looking at Him right now! George actually sees Him, he hears His audible voice. George can touch Him! Wow! It reminds me of that song, "I Can Only Imagine". I wonder what George is feeling? What is he thinking? What is he doing? I can almost see him high-fiving the apostles and jumping, running and dancing! George was a character with a tremendous sense of humor. So quick with a witty reply. So I certainly can see him laughing and cracking jokes right now! It all reminds us that this life on earth is just a dress rehearsal for eternity. Death is not an end, it is a glorious beginning if you know Jesus. For those who don't, sadly, it's another story.. We are preparing for our real life- eternity- right now! And George has arrived! He is receiving his eternal reward RIGHT NOW!

I think that no one who knew George or who has followed his story through his blog has been untouched by his life and death. I was thinking of how George was not famous, he was not a big name minister, yet this one life, yielded to Christ, made such a huge, eternal impact. I don’t think any of us will ever be the same. Keith said it in tears Thursday morning, as he called me on his way back from the Waite’s house that morning, he said that George knew what life was about- loving God and loving people. He did it with gusto. He treasured each moment. He appreciated and valued each person. But most important, he appreciated and valued his God and remained faithful to Him despite his suffering. This has made me think of the Greatest commandment- to love our God with all of our heart, mind, soul and strength- and to love others as ourselves… That’s what it’s all about folks when you boil it all down! And George knew this. I want to know this too. So thanks George.

George’s memorial service was something I don’t know if it can be described. It wasn’t a dreary acknowledgement of death, but a victorious celebration of life. George was honored and Jesus was glorified. I don’t think I will ever forget it. The church was bursting at the seams with people who wanted to come pay their respects. I think many probably came to encourage Robin and the kids but left encouraged themselves. But the most important guest who came was God Himself. His presence was tangibly felt as He came to honor His friend George. God was the focus, as George would have wanted. He was worshipped and praised. When we left around 11:00 pm, people were still there. I don’t know how long they stayed, but nobody wanted to leave. God’s peace and presence were still there. . On Saturday George was buried in the "Garden of Valor". I cannot think of a better place for George. He was victorious until his last breath.

I have been going back and reading George’s blog from the beginning. I encourage ya’ll to do this.( http://shadowofalmighty.blogspot.com/.) Robin is going to compile it and put it in book form. I am thrilled to hear that. There are treasures in George’s writings. To have the opportunity to vicariously experience the valley of the shadow through George’s unique uplifting perspective has been a privilege. I feel blessed to have had the opportunity to have read his thoughts and to have heard his heart. He opened himself up and allowed us to be a part of his journey. There are many who we may not know of for years to come, that he blessed through his writings- his honesty, his transparency, his humor, his ‘realness’. George was everyman. He related to anyone and everyone. He brought Christ to those who probably would never set foot in a church, just by being himself. Himself + Jesus.

We watched a program the other night where two men were interviewed who had died, gone to heaven and had come back.... Their description of heaven was so exciting, so comforting. They said it was like just walking from one room into another. They were at home. They didn't want to come back here to earth! So George is FINE! But we on earth who will miss him, need your prayers. Especially his family. But the joy, faith and strength that the Lord has given Robin and George and their kids throughout has been such a testimony to the faithfulness of God. They have proven that there is a God over and over as we've observed their lives. I know that He will continue to be with them in the coming days. But please remember them, especially in a few weeks when the loss of this incredible man of God begins to really be felt.

They are so strong. I have never seen such strength in my life as I’ve seen in Robin, Lauren and Bryan. The Lord carries them still. It has given many courage to see God’s grace surround His children during their walk through the valley of the shadow. They are still praising, still standing- even in their grief. I want to be more like them. Our walk with God has gone deeper observing George, Robin and their kids. As we've contemplated their words, observed their attitudes, as we've prayed for and with them, as we've searched God's word and dug deeper within, we've grown as a church and individually. God seems closer than ever before... How can that be? But it is!

I pray that God helps each of us to live this life, however long or short it may be, always in light of eternity as George did. Because eternity is where life REALLY begins and it is a certain reality for each of us. I heard this in a song recently, “I am here for one moment, I am here for one thing- just to praise You”..And that’s what George did, that's what his family is doing now.

George… We love you and we miss you. You have made an impact on our lives, on our church and on everyone who knew you. Your legacy lives on in Robin, Lauren and Bryan. We still see and hear you in them. You’ve taught us that our individual lives have great impact and influence. You knew that, and you were faithful with the life God gave you. And He is rewarding you right now! Wow! Thank you George.
Job 19
25 “But as for me, I know that my Redeemer lives, and He will stand upon the earth at last. 26 And after my flesh shall be destroyed, yet in my body I will see God! 27 I will see Him for myself. Yes, I will see Him with my own eyes. I am overwhelmed at the thought!"
Posted by worshiping warriors at 2:54 PM 6 comments: