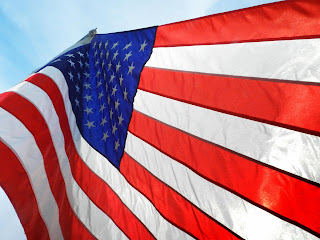 Those of us who are urging for prayer and respect for our new President and his supporters and backing it up by quoting the scriptures about respecting authority and praying for our leaders, can we honestly say we did this when Obama was our President?

And to those of us who are ridiculing and rejecting our current President and his supporters, how did we feel when President Obama was likewise rejected and denounced yet not prayed for?

And to those whom this doesn’t apply, good for you. I honestly cannot say it doesn't apply to me (but I will not share on which side of the two extremes I have fallen.)

Understand, I’m not talking about disagreeing with a president, opposing his policies or standing up for our beliefs and convictions respectfully which is healthy and a privilege we share as Americans. But can we just be honest and admit we don’t always practice what we preach when it comes to respecting and praying for authority- especially when we don't like who's in authority? We tend to point out loudly when those we disagree with are breaking the rules but we justify it when we do it ourselves.

Truth is truth. It doesn't change and it is no respecter of persons or political party.

If the Bible says pray for and respect your leaders, it meant Obama, and it means Trump.

So can we have a moment of humility and just admit today that we sometimes are hypocrites (hanging my head and raising my hand here). Can we not shame those saying what we have said ourselves when the shoe was on the other foot? And beginning with this Inauguration Day, can we agree to go forward from here and attempt to adhere to the Golden Rule, and do unto others as we’d have them do unto us?

We don't have to agree. We do have to respect and pray.

So whether we are celebrating and thankful or are angry and grieving, let us not be critical of those who are saying exactly what we were saying 8 years ago today.

Posted by worshiping warriors at 1:02 PM No comments: