Our all in all 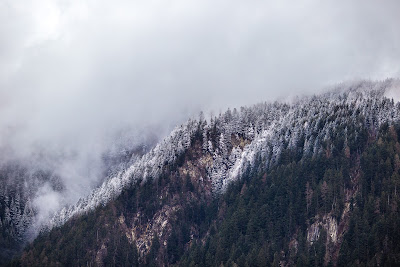 I know I’m a little late but Happy New Years everyone! For the sixth (I think) year in a row, I welcomed in the New Year at the Onething conference in Kansas City, Missouri. I hadn’t planned to go actually but at the last minute friends offered the share of a ride and a hotel room, so after much frantic packing the next day, off I went. As usual, it was awesome. I came back refreshed, refilled and hungry for more… During the conference, the Lord clearly highlighted to me what my focus is to be this year. It’s been confirmed almost everywhere I turn. I love it when the Lord does that kind of stuff. I’ll hopefully share more on that in the days to come…

For now I’ll share something I wrote a few years ago that I ran across today while going through my documents. Although it’s not exactly what the Lord has had me focused on lately, it is along the same line. This definitely could be expounded on and I may at a later date, but for now I thought I’d share it, as is.  So here it is:


Jeremiah 17: 5 "This is what the LORD says: "Cursed is the one who trusts in man, who depends on flesh for his strength and whose heart turns away from the LORD.
6 He will be like a bush in the wastelands; he will not see prosperity when it comes. He will dwell in the parched places of the desert, in a salt land where no one lives.
7 "But blessed is the man who trusts in the LORD, whose confidence is in him.
8 He will be like a tree planted by the water that sends out its roots by the stream. It does not fear when heat comes; its leaves are always green. It has no worries in a year of drought and never fails to bear fruit."

We often read of the negative effect on us for making someone or something other than God our all-in-all,. We will be cursed, snared, etc... but have you ever thought about the negative effect it has on the one placed by us in God's rightful place? How can they ever live up to the expectations that only God can meet? How can they ever provide for what only God can provide? They are doomed to failure, judgment and disapproval, no matter how hard they try. They are destined to disappoint no matter their love and good intentions. Their failure is certain. They are the created. Only the Uncreated can get it right. Just another example of how our sin effects more than us.


I have felt the pain of failure, at not meeting another's expectations. I don't want to do that to anyone... But imagine the Lord's pain when we look to others before Him... I do it all the time... When will I learn?


The fire has been turned up... Ouch. He's shaking what can be shaken in our lives. The dead branches in our souls are being shaken loose and they are meant for the fire. His holy all-consuming fire. It doesn't feel like it, but its a good thing. A very good thing. So come Lord Jesus... Take your place.
Posted by worshiping warriors at 5:53 PM No comments: 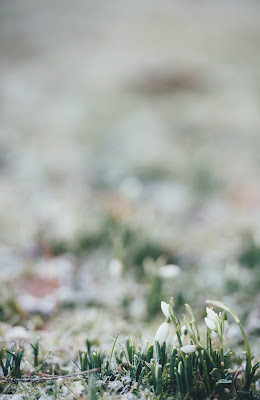 Last night, at 8:45 pm, our friend Sean, stepped over that invisible threshold into eternity. As his wife Jen put it, ‘he breathed his last breath on this earth and his first in heaven’. The shell that housed his spirit was spent, yet Sean lives on. He is not dead, but alive in Christ. He is experiencing sights and sounds that we cannot even fathom at this very moment. He is looking at Jesus! Wow. He is beholding the actual Jesus in bodily form. Sean sees Him right now. I wonder what they are saying? I wonder what they are doing? One day we will know what that’s like. Those who know Jesus will know. Death where is your sting? Grave where is your victory? He’s alive. He’s alive. He is risen! When Jesus died on the cross, Satan thought he had beaten Him. For a brief moment Satan and his demons rejoiced. They had defeated the King of kings. But that moment was swallowed up in horror as their eyes beheld Him, bursting into their dark domain, triumphant, victorious, ALIVE, snatching the keys of Death, Hell and the Grave from them. And Jesus arose and ascended to His Father, forever ruining Satan’s plan. And for those of us, who know Jesus, for those of us who have made Him our Lord and Savior, death is not a tragic end. It is just a step…from this world into the next, secured by the cross.  We have a hope. And His name is Jesus. For there is one God and one mediator between God and man, the man Christ Jesus. He gives eternal life to those who believe on Him. Without Him we are destined to eventual death and hell. Jesus is our only hope. And it is this Hope that Sean knew personally and that is comforting Jen and her boys right now. They know that they WILL see Sean again. Please keep Jen and her boys in prayer right now. Jen misses her husband and those boys miss their Daddy. But though they grieve, they are not without Hope. Please friends, if you do not know Jesus, you can know Him today. Believe on Him. Turn from your sins and give your life to Him. He gave His for you. He will wash all your sins away and come live in you by His Spirt...and you will live forever… just like Sean. I leave you with the lyrics of this awesome song. God bless!

IN CHRIST ALONE
In Christ alone my hope is found,
He is my light, my strength, my song;
This Cornerstone, this solid Ground,
Firm through the fiercest drought and storm.
What heights of love, what depths of peace,
When fears are stilled, when strivings cease!
My Comforter, my All in All,
Here in the love of Christ I stand.

In Christ alone! who took on flesh
Fulness of God in helpless babe!
This gift of love and righteousness
Scorned by the ones he came to save:
Till on that cross as Jesus died,
The wrath of God was satisfied -
For every sin on Him was laid;
Here in the death of Christ I live.

There in the ground His body lay
Light of the world by darkness slain:
Then bursting forth in glorious Day
Up from the grave he rose again!
And as He stands in victory
Sin's curse has lost its grip on me,
For I am His and He is mine -
Bought with the precious blood of Christ.

No guilt in life, no fear in death,
This is the power of Christ in me;
From life's first cry to final breath.
Jesus commands my destiny.
No power of hell, no scheme of man,
Can ever pluck me from His hand;
Till He returns or calls me home,
Here in the power of Christ I'll stand.
Posted by worshiping warriors at 3:30 PM 1 comment: