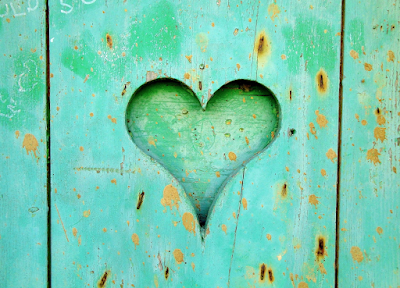 1 Cor. 13:2 "And though I have the gift of prophecy, and understand all mysteries and have all knowledge, and though I have all faith, so that I could remove mountains, but have not love, I am nothing."


Spiritual gifts, doctrine and faith, although necessary and valuable, are deemed meaningless if they are devoid of love. Is it possible to know the Word, be theologically correct but still be terribly wrong because of a lack of love? I think this scripture pretty much answers that question. This is something that has been on my mind a lot lately.
I wrote this status on Facebook a couple of weeks ago that seemed to really strike a chord with a lot of people.
I really hate religion but I love Jesus. If the Church has hurt you please don't equate that with Jesus. This may surprise you but Jesus isn't religious. As a matter of fact it was the religious that were the most offended by Him. Jesus did proclaim certain principles and truths that the religious also proclaim. But religion tells you that to connect with the Person you have to do the principles. Where Jesus says to come to Him as you are and He will teach you. Jesus values you. Religion doesn't. Religion says "Do better!" And Jesus says "Believe in Me". Religion rejects you if you don't agree with its theology, it's emphasis on a particular truth. Just look at how the church is divided into so many different denominations. But unlike religion, Jesus doesn't reject or forsake. He says 'I AM the Truth'. The law came through Moses. Grace and truth came through Jesus Christ. Truth isn't a doctrine. Truth is a Person. That Person is love. And He wants us more than we want Him. He is so beautiful.


There’s a quote I’ve heard for some time that says “People don’t care how much you know unless they know how much you care”. To me, that says a mouthful. In the past, in my pursuit for uncompromising truth I was often guilty of taking a Biblical stand, full of my sense of ‘rightness’ but without a smidge of love or compassion in my heart toward those who believed differently.  Now don’t get me wrong, pursuing truth is wisdom and digging into the Word of God is exactly what we need to do. I’m definitely not advocating a soft Gospel or a departure from the Word. But what I am now seeing is this: If gaining Biblical knowledge doesn’t eventually lead us to greater love but rather causes us to separate ourselves from those who believe differently, then we are missing the greater purpose of truth.
“But knowledge puffs up while love builds up.” I Cor 8:1b
Knowledge itself isn’t bad. We are commanded to walk in truth. But we know our knowledge has become puffed up when someone’s beliefs become more important to us than the person themselves. Ouch.


Jesus definitely preached righteousness but if you look into it, the majority of who He was preaching to was the church people. They are the ones who got Him riled up. But He ate with prostitutes and thieves. As far as we know He didn’t point out their sin to them when He was with them. He could’ve I suppose but it’s not recorded. I imagine there probably were some lively conversations around those tables that we aren't privy to. But what we do know is this: whatever took place there, changed them.
One example of this is when Jesus up and invited Himself over to the notorious crook Zacchaeus’ house for dinner. By the time the meal was over old Zack was a changed man, giving half his wealth to the poor and paying back those he’d stolen from four times over. Notice that Jesus didn’t first ask Z if he was keeping the law or what his stand was on certain issues before dining with him. He didn’t take him aside and tell him all he was doing wrong (and there was plenty He could have pointed out) before entering his home. But rather, the holy King, the Uncreated Creator of the universe just hung out with this flawed man on his own turf and it was that uncondemning love that changed his heart that day.


The words Jesus spoke to the woman caught in the act of adultery are also telling-
“Where are your accusers? Didn’t even one of them condemn you?” “No, Lord,” she said. And Jesus said, “Neither do I. Go and sin no more.”

Notice the order of His words. He didn’t say-“Go and sin no more and THEN I won’t condemn you.” No, His unconditional love came first. Her encounter with His forgiveness, despite her sin, made the second part of that sentence possible for her. ‘Go and sin no more’.  It’s His grace that empowers us to say no to sin. It's His kindness that leads to repentance. No she didn’t deserve it and neither do we. But He gives it to us anyway. It doesn’t make sense. But He is good like that. And He wants us to likewise have grace for people. It doesn’t mean ignoring sin. He wasn’t ignorant of Zacchaeus’ or the adulterous woman’s sin. He was well aware of it.  But their sin didn’t keep Him away.

Our country is awash with immorality. I get that. The church is called to be salt and light. I get that too. I understand the frustration that in a culture where ‘anything goes’, Christians aren’t allowed the same freedoms of expression. But what do we expect? The Bible was pretty clear that it was going to get worse for us as the time draws near for Christ’s return. That’s no big shocker. Do we keep speaking truth, studying and declaring the Word and living morally regardless? Yes we do. But in our stand for truth we must ask ourselves, how much of our ‘stand’ is based on love? Because I can promise you, God doesn’t see issues. God sees people. It's the whole point and a pretty big deal. And I think a big part of the church is missing that point.  I’ve missed it too often myself with my moral outrage, my love of doctrine more than people and some of my past indignant posts on this same blog. But guess what? God doesn’t need me to defend Him. He’s not up there with His feelings hurt hoping His children will stand up for Him. He’s GOD for heaven’s sake. But what He does want from me is love.

If I can fathom all mysteries and knowledge... but have not love...I am nothing."

Jesus said that the world will know we belong to Him by our love and sadly the Church has often gotten a bad rap because too many in the church in their righteous stands have rejected former friends and family members because of their differing doctrinal, personal and political views. That's just not the heart of Christ. Here's a good quote:  "A true friend is someone you can disagree with and still remain friends. For if not, they weren't true friends in the first place."
Author: unknown


Sadly, we Christians are notorious for shooting our wounded. I recently read an article that a former well-known minister who embarrassingly fell into sin wrote. He told about his wanting to commit suicide at the time of his very public fall. He said that it wasn’t his sin that made him want to die, but rather the words spoken to him by his fellow ‘brothers’ in Christ. This breaks my heart.

I'm really not trying to bash the church here in this post. There are so many ministries out there that ARE reaching scores of people through sacrificial love. I think of Heidi Baker's ministry whose main message is love, love love. Scores of children are being rescued and people healed and saved all from a message of love. I've never even heard what Heidi's doctrinal views are on things but I have heard about her love and the people who have been changed by it. Heidi has said, ‎”Yes, God wants you to do signs and wonders. But the love of God manifested through you is what people really need. So you first must see His face. You must become so close to His very heartbeat that you can feel what others feel...It’s not complicated. Just love the one in front of you.” I am so thankful that there are many ministries in the Body of Christ like hers who get it.

Truth is very important and it does need to be accurately taught. But if we can’t speak the truth IN LOVE, we really just need to keep our mouths shut. Been there. Done that. I thank God for the Blood of Jesus and that His mercies are new every morning. Most people recognize where they've screwed up so when truth is delivered without love it leaves them feeling rejected, wounded, shamed and confused. I recently heard a hurting Christian who was judged and then abandoned by other Christians say that they felt more loved by their unsaved friends than by the Church. I've heard of Christians encouraged by their leaders to stay away from other Christians whose doctrinal views were different. Really? How is that going to help anyone? Isn't helping them the point? That is so sad. I'm not saying that every Christian is this way but I'm seeing way too much of it in the western church. I've seen way too much of it in my own life.
People who are in sin are hurting. They aren't lepers that we must separate ourselves from as if we might 'catch' something from them. They don't give a hoot about our doctrine. They need to see Jesus. And Jesus is Love. The world doesn't need to see the Church bashing other ministries who believe differently. That's not going to draw anyone to Christ. Only the Lord knows another's heart. Even if they are off on this or that point, I can pretty much bet that we're off on some points too. People need to see Jesus. And Jesus is Love.

"By this all will know that you are My disciples, if you have love for one another.” John 13:35
I want to end with this. Paul, after concluding his teaching on the importance of the various powerful spiritual gifts for the Church in 1 Cor 12 made this profound transition into his teaching on love- “But now...Let me show you a more excellent way”.

1 Corinthians 13:13
“And now these three will remain forever: faith, hope and love. But the greatest of these… is love.”
Posted by worshiping warriors at 2:35 AM 2 comments: