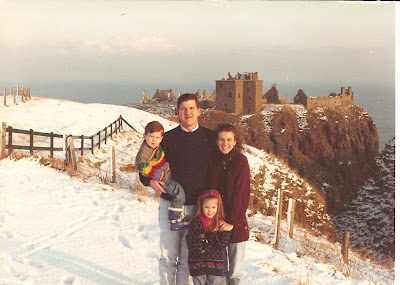 As usual that is a very well written entry. You good! You are awesome! Keith

Thanks for getting back with me and thanks for you kind words! We are so excited for Alexia's marriage to Matt and Jordan's to Jessica. It's going to be an exciting year here in Orlando.

My husband and I are the Executive Director's of IHOP Orlando - the Orlando House of Prayer!
www.orlandohop.org You can also find us on myspace at www.myspace.com/orlandohop

If you ever make it down to Orlando please stop by IHOP Orlando!
Blessings
Emily

i feel you sis. the time is now. thanks for reminding me again today...as i fold clothes, clean showers, and cook...that only "onething" is needed. it's so easy to move our gaze and focus. continue to keep us, Lord Jesus.

(i want to go to scotland.)

love you and miss you, stacey

Do you have a myspace? If you do add us as a friend and I will message you Jordan's contact info:

Hi Kayla, Thanks fr ur encouragement. I think in these hectic times it is great to be able to encourage each other. I love ur blog and the photos of Scotland?
I would still appreciate the Misty Edwards cords PLEASE. U can send them direct to Leonie@lifeart.co.za.

Much appreciated. Looking forward to hearing from u again :)

Hi Kayla...wow, touching entry! I know how you feel though, I miss Ecuador where I grew up! It's hard to get those memories out of your mind! I will pray the Lord continues to speak to you though of your latest "pop ups" of Scotland, He will tell you what it is all about in His time, meanwhile all you can do is pray!

The message is clear that the Lord is indeed saying "come"...He wants us to KNOW Him so deeply that we KNOW and recognize His voice instantly! I believe as deception gets more subtle it is soooo important to KNOW the character of our God!!! That is the urgency of this hour!

Hi K, tried to mail u but not getting through...

Id love to get the Misty Edwards song and cords from you. In which key do u normally sing it? My voice is quite low so I normally sing in G or A. I can jump to D but the top notes go very high and I sound silly to myself.

I only learned to play the guitar 3 years ago. I love music and always wanted to play and sing, but got told many times that I don’t have the skill. In my heart I knew that I am meant to play and sing. After 2 years of playing and getting quite good, leading worship in community and woman’s meetings, I stopped because of all the negative feedback and also because I tend to overdo things when I get involved. God had to heal my heart a bit and I had to lay the whole thing down. I didn’t want to touch the guitar and I dint want to sing in public any more.

It was weird, because I often did prophetic worship and people seemed to love it and really get blessed by God. Our leaders were keen fr me to play but …

Anyway about 6 mnts ago God started telling me to speak and play and sing again. Of course I dint want to. It took me a while to pick up the guitar again. Then God told me to go to the one person who has always told me I can’t sing and ask him if I could just practise with his band just to get some exercise in to playing wth others again. Again this person told me I was not good enough. Well, this time I took it quite well and just said to G, Ill just play by myself.

The next week our worship elder had a meeting with all the team leaders (about 8 of them I think) and fr some reason my name came up along wth a few other people who nobody wanted in their teams. The one team leader A, said she would take all of us….

The most amazing thing is that God seems to have chosen us, the rejects, to break something open in his church. We all support each other, give each other space and help each other. We are all very prophetic and we each love worship. Suddenly, we are wanted, J, funny he?

Even the guy who told me that I was not good enough came back to apologise.

So…because of all of this, I am constantly on the look out for new music. I also discovered a guy called Anthony Skinner – do u know him? Fantastic music.

Please send me ur direct email again as I am having no luck. Maybe I can just reply to u.

you should write a book.
haley