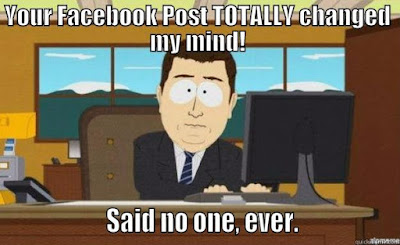 In case you've read my blog before and this seems vaguely familiar, some of this is excerpted from an old post, but the majority of it is new. So with that confession and disclosure, read away! :D

I was raised in a different era. It was a time when, for the most part, certain things weren’t talked about and often things that should have been discussed were swept under the rug. But as with most things, when something swings to one extreme we can over-compensate by swinging too far to the opposite extreme.  Either way it remains out of balance. And today, conversely this generation is being raised in an uncensored culture where nothing much is left to the imagination. Today’s social media, reality entertainment and the information age are shaping this generation in such a way that discretion, boundaries and privacy are becoming a thing of the past.

So let’s talk a minute particularly about social media. Before I am branded a hypocrite (since I'm obviously using it to post this) let me say right now that I'm not of the opinion that social media is bad. I use it and as with anything, when handled with wisdom and self-control, it can be a very useful and enjoyable tool. But I'm finding that all too often, the easy access to being heard by an opinionated audience can prove to be too big a temptation for many. Any random thought or opinion that occurs to us can be instantly shared seconds after it arrives in our brain. We can get immediate feedback and be encouraged or discouraged, branded a heretic or a hero, persuaded and influenced, and heading down a particular path before we’ve fully processed, tested or filtered the original thought. Before social media, when we got annoyed or had a strong opposing opinion, we had time to think about it, to process it and to settle our emotions before we had the opportunity to speak about it. And often, with time to cool off, to get more information and to think it through, we might then conclude it wasn't something that needed to be shared at that time, or maybe at all. But we live in a different world now. On social media, our unfiltered, unrestrained sharing requires no discipline or forethought and tender hearts and uncensored thoughts are exposed to the temperamental masses for immediate approval or rejection. Not to mention, when the day comes (and trust me, it will) that we regret the opinion, the tirade or escapade we posted on social media, it will be forever on the internet to be viewed by our future employers, co-workers, congregations, friends, spouses and children. All I can say is that God was VERY merciful to delay the advent of social media until the days when I was a responsible adult. (Let all of us pause for a moment and picture our youthful shenanigans scrolling down a Facebook newsfeed and send up a heartfelt "thank you" to heaven... Whew!). Enough said. But suffice it to say, the ship of anonymity has long since sailed.

I’ve seen things posted on social media that really touched me, inspired me, made me laugh, or was exactly what I needed at that moment. But I have never, EVER responded positively, felt convicted or changed my opinion by an insulting, shaming, angry post or judgmental rant. Have you? Honestly?


I admit that I too have succumbed to this culture of over-exposure and have shared things that I shouldn't have. I too have been guilty of sharing strong opinions in a way that didn't respect the individuals who believed differently. We all have done it. And to be fair, there IS a time to speak. There's a time to testify and to proclaim. But when we are angry or frustrated, or when our hearts are in that fragile in-between place, before our emotions have settled and our heart has found its way home, there first needs to be a journey into the secret place where God’s perspective and heart are sought. It's wisdom to process our thoughts through His word and Spirit and to get His perspective before we unveil them raw to the world. It's wisdom to get His heart for the individuals we disagree with before we blast them with our sweeping, impersonal judgments.
Some things are private and just not appropriate to be shared. Some things are not safe to be shared except with certain trustworthy people. Some things are just not ready to be shared until they've had the time to marinate and to be tested. Some things aren’t respectful to be shared with an audience of people of differing opinions and beliefs, who have those opinions for reasons we don’t know or may not understand.
So let us all grow up in this. (Preaching to the choir here). Before we pull the trigger and post a strong opinion or gripe or our personal stuff on social media, can we stop, take a deep breath and look within for a minute, and do these things first:

1. Ask ourselves WHY we want to post in the first place.
What do we really hope to accomplish? What is our real motive? Let's be real honest with ourselves here. Is it possibly to get a pat on the back by those who agree with us? To get recognition and approval for our bold, articulate stand? Or is it possibly a passive/aggressive attempt at taking a jab at those we disagree with? I admit, I've been guilty on both counts. Or could it just be that we are ticked off and want to vent? (Been there, done that too) The truth is, it doesn't take much courage to be confrontational when we are in control of the argument, reclining with our laptop in front of us,  formulating and editing our thoughts with our finger on the delete button if we dislike a rebuttal, than in person where we might have to think on our feet. Honestly, some of the things I see posted, if said to the face, would probably invite a punch to the jaw. BUT, if the motives are clear , then let's post away.
2. And let us ask ourselves WHO we are posting to.
Who actually WILL see our stuff? Remember there will be people of all ages (are there children in our friends' list?), people of different opinions, beliefs, political leanings and walks of life. Could what we post possibly be perceived as judgmental, be hurtful, be misunderstood or considered disrespectful by them? If the answer is no, then let's post away.
3. And finally, let us ask ourselves WHAT's the point.
Is it beneficial?  Is it helpful? Is it really that important? Will it unite instead of dividing?  Is it even necessary?  If the answer is yes. Then please let's post away.

To sum these all up: Is our motive love?  If the answer is YES then please, post away!
After all Love is really what it’s all about isn’t it?
Recently, I heard a big name pastor of a large church asked to make a statement about a controversial issue. His response really riled up some people in the church and there may be more to the story than I know, but to be honest, I didn't hate what he said. I don’t have the exact quote so I’m winging it here, but when pressured to make a statement on the issue he refused to be pigeon holed and he basically said that he did not want to make a broad, sweeping, impersonal, public statement but rather he preferred to have personal conversations about it with individuals. And I have to respect that. Making a statement is easy and it's impersonal. It's saying- I've planted my flag here and that's that. This is my stand. I'm not open to hearing yours. Now deal with it.
But investing in relationships, listening to hearts, even those we disagree with, asking and answering questions, respecting others perspectives and lovingly explaining ours, takes time and is costly. But people are kind of a big deal to God and way more valuable to Him than any 'stand' we may take. I'm not saying we should never take a stand. But if love isn't involved, we'd best shut our mouths, (or in this case, sit on our hands).
People vs Our Stance. I think I know which one matters the most to God.
Now...please post away  :D.
Posted by worshiping warriors at 9:26 PM