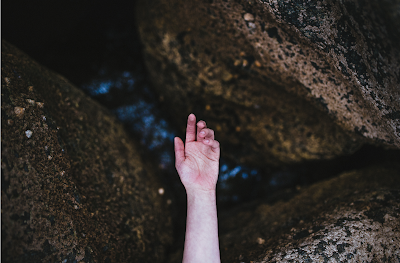 This blog post started off as a Facebook status and it took on a life of it’s own. So I decided to make it a blog post. I was due for one anyway. Not sure if it’s my best one but it definitely convicted the heck out of me. So here goes:

I think sometimes when God is working in our lives and revealing truth to us, our need for the affirmation of others will cause us to run from the secret place to share it with the world before it’s fully formed. Kind of like picking fruit before it’s ripened. The seed that was planted, springs up as a tender shoot and we pull it out and admire it and pass it around prematurely. But it never reaches it’s full potential. It never has a chance to develop, to mature in the secret place where no one sees it but it’s Creator. The anchoring roots of intimacy that are developed over time in that lonely, hidden place are bypassed for instant gratification. It may nourish a few, but it’s far-reaching potential is never realized. It is consumed in it’s infancy so it’s impact is limited.

I’m not saying that sharing our revelations is wrong, don’t misunderstand. It's certainly valuable and usually beneficial. But our ‘public’ relationship with God should be just the tip of the iceberg. What’s below the surface, what is hidden from view, what is intimate and personal, should make up the bulk of it. If what is seen is larger than what is unseen, then we're out of balance. Somewhere down the line, we lost our first love and replaced it with a cheap substitute-the fleeting praise of man.

What is unseen will eventually impact what is seen.
It sort of reminds me of these reality shows. Where a film crew comes in and films a couple and they live a form of their lives for a watching world's entertainment. But sadly, all too often these very public relationships collapse when the cameras shut off.  What will remain when there's no more audience? Is it real enough to endure?

These are questions nobody can answer but us. I'm asking them to myself even as I write it in this public forum. I'm preaching to the choir here. I've been guilty of bounding away from the secret place before the Lord has had a chance to finish planting the seed deep within my soul and have shared with the world what I've yet to partake of myself. Yuck.
The bottom line is this: Relationships are eternal. Our ministry will pass away. What people think of us won’t matter one bit on that day. We'll stand before Him alone without the crowds and all that will matter is this: Did I really know Him for myself? Did He know me?

Keith and I aren't hesitant to express our appreciation for one another publicly or to share with others what we've learned from 30+ years of marriage. But who we are in public isn't all there is to us. The core of our relationship is derived in private, away from prying eyes. What the world sees of us is the result of that. It'd be pretty ridiculous if in our relationship, we were dependent on others' approval and opinions or if we needed a mediator in order to hear from or to understand one another. So why do we think it's that way with the Lord? After all, we were made for relationship because He made us like Himself. It was all His idea. And all of ministry, all other relationships, all fruit, flow organically from that secret spring of intimacy. Personal relationship is the source and it is also the goal.

And once again, I'm back to my all-time favorite verse which I could quote in a coma and which causes my children to roll their eyes and say, "We know Mom. We know." ;)

(Can you imagine if this had truly been a Facebook status? Jeez!)
Posted by worshiping warriors at 2:04 AM