The One Thing Conference! 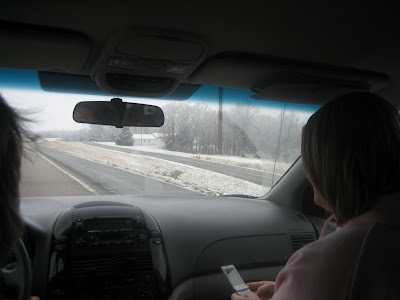 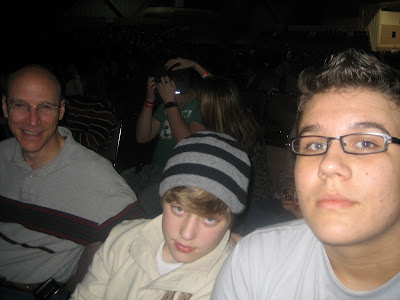 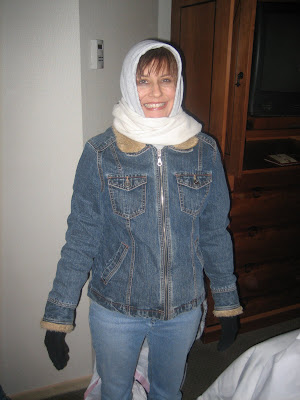 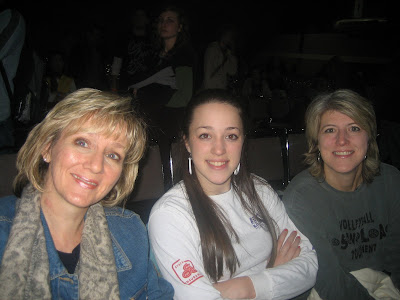 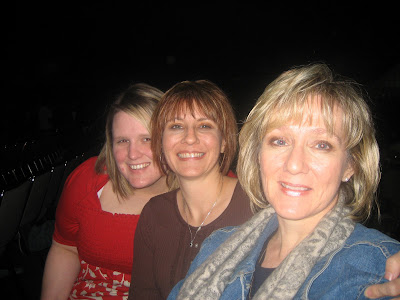 
I wanted to share about the conference… by the way, let me know if you guys are still out there. I haven’t had a comment in a long time ;^). (sniff, sniff) No, seriously, just wondering…

Anyway, about the conference… Every year I look so forward to attending. Now let me be clear that I realize that there are no “Meccas” in the Christian world. We are the temple of the Holy Spirit and God resides within us. So we don’t need to go somewhere to meet with God. We are capable of meeting Him wherever we are…in the car, washing dishes, at work, at church, etc. But I think it is wise to take the time out of our busy lives and to steal away for a season from the ringing phones, responsibilities and distractions to meet with our God and to focus on Him and to hear what the Lord is saying from other members of the Body.

“One thing I ask of the LORD, this is what I seek: that I may dwell in the house of the LORD all the days of my life, to gaze upon the beauty of the LORD and to seek Him in His temple.”
And when Jesus confronted distracted Martha and said to her in Luke 10: 38
“Now it happened as they went that He entered a certain village; and a certain woman named Martha welcomed Him into her house. 39 And she had a sister called Mary, who also sat at Jesus’ feet and heard His word. 40 But Martha was distracted with much serving, and she approached Him and said, “Lord, do You not care that my sister has left me to serve alone? Therefore tell her to help me.” 41 And Jesus answered and said to her, “Martha, Martha, you are worried and troubled about many things. 42 But one thing is needed, and Mary has chosen that good part, which will not be taken away from her.”
This is no little ‘feel good’, entertainment conference. It’s serious business. It is geared towards the younger generation (ahem, yes I know... but I went anyway ;^) They major on God’s love, which we’ve got to get a foundational understanding of so our service to Him will be from our heart and not out of a religious mindset. Our inner calling is to love Him and to be loved by Him… all things will pass away but only love, our relationship with Him, will remain. But they balance it out with the call to live holy and blameless before Him. There is also a constant reminder that we are at the end of the age and Jesus will be returning sooner than we think. There is a clear call to “Wake up church!” I was stirred once again with the urgency that there is a lost and dying world out there and although Jesus delighted to save me, He also didn’t do it just for me to sit on my behind and keep Him to myself.

The last day, there was The Call with Lou Engle. Oh my! I have never been so convicted and stirred. The Call is to fast and pray for our nation! Every year millions of babies are aborted. He likened it to the Holocaust. It horrifies us to think of what went on then and we think we would have tried to prevent it had we been alive during that time. But where is our horror now? Here we, the Church sit, mainly silent, with a crisis at our doorstep, as millions of children are aborted each year. The blood of these millions of unborn ones cry out to heaven for justice. It was sobering to realize that there will be judgment at some point for America. It was a solemn time. Thirty thousand saints crying out together for God to end abortion in America and crying out for God’s mercy. Powerful! I so esteem Lou Engle’s ministry, The Call. He pleaded with us like one of the prophets of old. You could see that his heart was breaking, pleading with the urgency of the hour. He shared how we, as Christians, have got to vote, not along party lines necessarily but to vote for candidates that are pro-life. Yes the other issues are important, but millions of murdered babies a year, gets heaven’s attention more than any other issue. That is paramount. That has to sway our vote more than the economy, more than the war, more than health care… who will stand for the unborn? There is no greater issue. He didn’t endorse any candidate. He just asked us, as Christians, to not be yoked with those who would sanction the death of millions of unborn babies. And to fast and pray! I encourage anyone reading this to please- whether you are Democrat or Republican- it doesn’t matter- just please vote pro-life. And please pray for God’s man to be brought into office. Pray for the Supreme Court judges. We have got to get more pro-life judges in there. Prayer accompanied with powerful fasting will be key (check out an earlier blog of mine titled- "One of God’s WMD’s" which is about fasting.)

All this and I haven’t even mentioned the worship! Oh my! I feel like I was just transported into the heavenlies with the high praises of God. We came home with lots of new songs for the worship team to learn ;^). These heavenly songs are birthed in an atmosphere of 24/7 prayer and worship. No wonder they are anointed! I don’t mean to sing the praises of the conference… I came back singing the praises of my God. He touched me. I got adjusted and refocused on the only One who really matters, who I exist for. I needed that. I can't explain it... but I was changed...
And the prayer room! At IHOP they have a prayer room that (as I already mentioned) goes 24/7 with worship and prayer going on continually. They somehow brought the prayer room to the conference center and as the conference was going on, you could go to the prayer room if you wanted to skip a session or something. I think for many of us, the times in the prayer room were our favorite part. Wow. To be in that atmosphere, saturated with 24/7 worship and prayer... oh my! I know God is in us, but can I tell you there are levels of His presence we've yet to know! And in the prayer room I met with Him in a deeper way...

In addition to the awesome teaching and worship, I think the fellowship with my precious sisters and brothers was so rich. The conversations on the way home in the van were meaty and as anointed as some of the sermons I heard… Robin Waites and her children, my sister Cathy, my son Max, Mary Klumb and Will Lapointe all went. It was so much fun! And it snowed! We were so excited! But it was SO cold!!! I was NOT prepared! Ankle socks don't cut it in the snow! Thank God my sister- who is like a Boy Scout, prepared for any situation (and her large amount of luggage testifies to that fact :^) loaned me a scarf and some warmer socks... And as cold as it was, Robin forgot her coat! Thankfully Max had an extra jacket that she borrowed and he decided that she looked like a Jedi Master with her white hood on. It's been a while since I've laughed as hard as I did on this trip. Mary got us all going one night when we were tired and delirous singing rhymes back and forth... You had to be there. But it was hilarious...take my word for it... :^)

Okay, I’m done for now. I plan to share some of my notes once I get them compiled. (Hopefully I can read my own handwriting :^)… But I want to encourage everyone, at some point, to get away from your routine, your home and get off somewhere, anywhere, with God, whether it be a conference, or a quiet time alone in a cabin with just you and Him. With this busy, crazy life we each have, it’s so easy to get caught up in the world’s way and to forget that we aren’t of this world. We are only in an internship here, preparing for eternity. We had better wake up! And getting away sometimes does that to us. You and those in your life will be better for it. :^D God bless! Love, Kayla
P.S. I plan on transcribing and posting the prophetic word Keith gave this Sunday morning at church once I get the CD.... so stay tuned...
Posted by worshiping warriors at 11:26 PM

so sad i wasn't there. thrilled that you were. PTL. sn

Awesome!! You know I wish I could have gone with ya'll..But so glad that you and Maximus got to go.. I will benefit from you being there. You the best!!! KJ

Kayla, Thanks for documenting the trip. It was one of the most blessed times of my life. Precious moments with our Lord and precious moments with my brothers and sisters. You guys are beyond awesome. I am so thankful God made a way for all of us to go. It was a blessing being with you and your family.

Sis,
Thanks so much to you and Mary for insisting I go to KC with ya'll...it was medicine to my soul! I don't know when I've laughed so much...and yet had such deep conversations. I told
Bill we talked about Jesus and George all the way! It was such a tremendous blessing to see how well Robin and the kids are doing and to get to know them better.
The messages and worship were great,but just to soak in the prayer room was worth the whole trip.
But I don't think I had any more luggage than you! :^)
I love you,Sis

Kayla,
my computer is down so I can't be your computer buddy right now, I can only answer blogs and up-date mine at the health club until mine is restored! Anyways, just wanted you to know.
I am so glad you went to the conference and was met with much from the Lord.
I pray one day I too will experience this!
The pictures are great, especially the one of Mary smiling!!!! Go...Mary!!!!